The Webster Arboretum is part of Kent Park in the Town of Webster. It is officially called the “Webster Sesquicentennial Arboretum at Irving Kent Park”. Located at 1700 Schlegel Road, two miles south of Lake Ontario and one mile north of Route 104, the park was formerly two family farms owned by Herman Rieflin and Walter Wright. A total of 84.5 acres had been divided into a large apple orchard, several acres of woodland and commercial crops. The Arboretum is approximately 40 acres today.

The land was purchased in 1967 and lay fallow for several years until Elizabeth Sykes of Webster Country Gardeners Garden Club urged the Town to adopt the Flowering Crabapple Tree as the Town Tree. She then asked Jean Thompson and Carole Huther to advocate the Town to establish a Crabapple Arboretum. On June 21, 1971 the Town accepted the proposal and set aside 20 of the 80 acres for the arboretum.

Of course, the first plantings were Crabapple trees! During the early 1970’s there was not much further development. Finally, in 1976, a citizens group lead by Jean and Carole and Parks Commissioner Charles Sexton, put together a total park plan which included athletic fields, play areas and a bridge over the creek. The total cost for the plan was $250,000. These funds were not available at the time, so the arboretum plan was tabled again for several years.

In the early 1980’s the Arboretum plans looked very favorable and developed rapidly as a result of a need to upgrade the Webster Park system. A five-year plan was initiated to get the park ready for the sesquicentennial celebration in 1990. An eight-acre section was cleared and planted with grass, a parking lot created, a gateway entrance installed, the Curry Building constructed and a time capsule created as the centerpiece of the Webster Sesquicentennial Celebration in 1990.

After the park dedication in 1990, some influential and knowledgeable people become involved. They were Elmer Smith, Town Board member and well-known member of the Conservation Board; Richard Fenicchia, former Director of Monroe County Parks and a well-known Lilac hybridizer; and George Turner, Chairman of the Conservation Board, who was very influential in raising funds for the Arboretum. These gentlemen, with the help of Donna Fauth, the Parks Director at that time, created an arboretum planting program. Shortly following the dedication and early plantings, they realized there needed to be more people involved to make the Arboretum a sustainable project. An application was made for a New York State charter, which was granted after the by-laws were submitted and approved.

Following the formation of the Webster Advisory Board, Elem Smith was made the first Chairman. The Advisory Board was formed, and was made up of nine Town-appointed citizens of Webster to oversee the
design and planting of the Arboretum grounds.

Simultaneously, a not-for-profit status was applied for with the IRS. It was approved in 1994, and that resulted in the formation of the Webster Arboretum Association, Inc., which consisted of the eleven board members.
Jack Harten was the first Chairman.

Funds for the Arboretum have been raised by membership dues ($25/year), Life Memberships ($250), grants and donations. In the past, events such as an annual auction, plant and food sales, and the sale of logo items helped support the endeavor. The Arboretum has relieved many gifts of trees, shrubs, equipment and in-kind services, including a sizable bequeath. As well, individuals have underwritten several projects and given countless hours of volunteer labor to enhance the Arboretum. The Town continues to maintain the building and lawn, water and labor. Memberships and/or donations may be made to “Webster Arboretum Association, Inc., Box 782, Webster, NY 14580 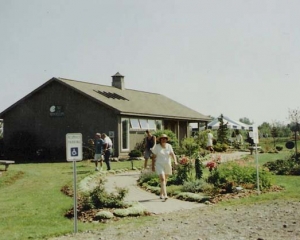 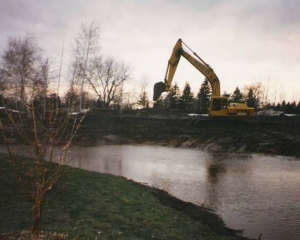 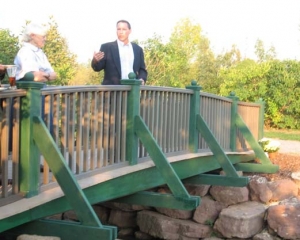 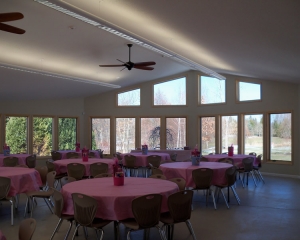